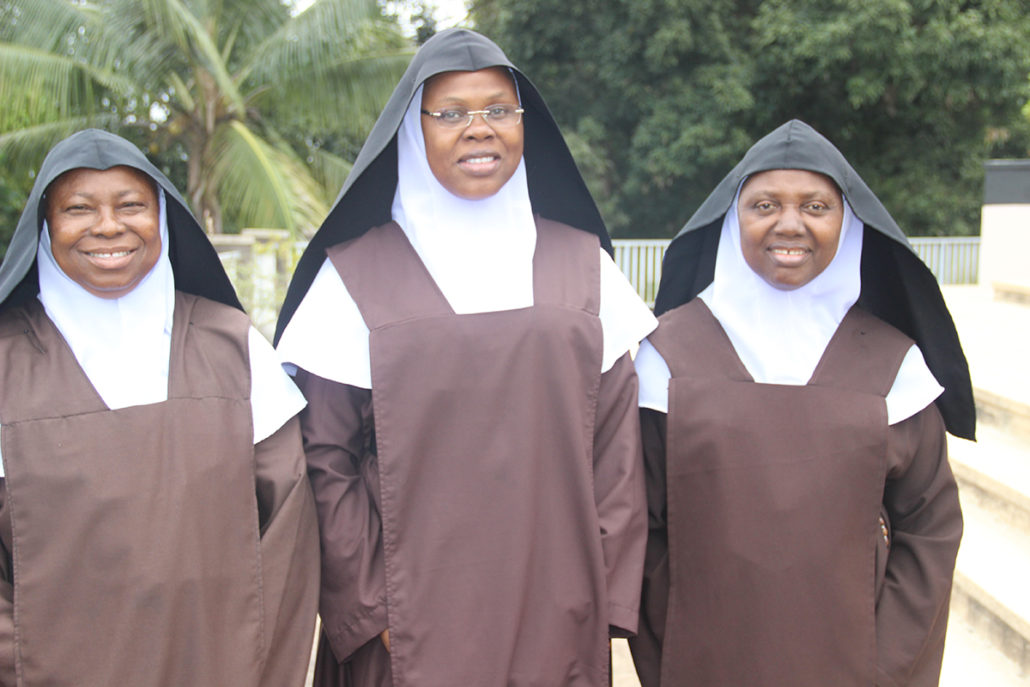 The story of the Carmelite nuns goes back as far as the fifteenth century. With the spread of the Carmelites in Europe, some women asked to be joined to the Order with the same bonds as the male religious. Blessed John Soreth, prior general at that time, understood that a life of sacrifice, solitude and prayer lived by the nuns would help the friars by reminding them of the primitive and genuine spirit of Carmel. Thus, on 7th October 1452, Pope Nicholas V was asked to grant the faculty to set up in the Order the cloistered nuns. This, the pope granted by means of the papal bull, Cum Nulla.

Immersed in silence and in prayer, Carmelite nuns remind all believers, and especially their brothers who are engaged in the active apostolate, of the absolute primacy of God. They are totally consecrated to searching for Him and they give witness to the fact that the source of full human realisation and the font of all spiritual activity is God. When the heart is open, then He encounters his sons and daughters to introduce them to his intimacy and He brings about an ever more perfect union of love. For Carmelite nuns the choice of living in solitude, separated from the world, is a response to this specific call from the Lord. Carmel is, therefore, a source of wealth for the whole Christian community.

From the very beginning this form of cloistered life bore fruit and over the course of the centuries was enriched by the shining witness of exemplary women, some of whom have been officially recognized as blesseds or saints and proposed as models to imitate even today. In this deeply engrained tradition of holiness, in Spain we find Saint Teresa of Jesus, the most outstanding figure of the Carmelite cloistered life and whom the nuns of every age look to for constant inspiration. Teresa re-worked and renewed the Carmelite tradition and fostered the desire to live always in more perfect solitude with God, thus imitating the first male hermits on Mount Carmel. It was her great work of reformation that ultimately gave rise to the other branch of Carmel, the Discalced Carmelites.

In the silence of the cloistered Carmelite monasteries of nuns spread all over the world, the perfumed flowers of holiness continue to blossom; these are souls in love with Heaven who with their evangelical heroism have sustained and continue to sustain the mission of the Church. The Carmelite friars in Nigeria, and indeed the local Church, have continued to enjoy the presence and spiritual support of the Carmelite nuns who are in Owerri, Imo State and in Zing, Taraba State.